Water: it covers 97% of the planet, makes up almost two-thirds of each of us, and is a requirement for life as we know it. But did you know too much of it can kill you?

Growing up I remember being told everyone should drink eight glasses of water a day. Recently though, I leant this is nothing more than one big urban myth. What certainly isn’t a myth though, is the danger of dehydration. Fatigue, dizziness, loss of consciousness, fevers, and sometimes death can all result from not drinking enough water.

So maybe drinking eight glasses of water isn’t such a bad idea after all. But what would happen if you drank eight litres of water, without going to the toilet? Most likely, you’d die. Called hyponatraemia in medicine — but commonly known as water poisoning — death from over-drinking water can be a real problem.

So where does all the water we drink go anyway? Most of it enters our bloodstream, and is then distributed around the body. But if there’s too much water in the blood, it moves out of the blood vessels and into cells via osmosis. Once water starts entering our cells, they quickly begin to swell. A little bit of swelling is fine and can be accommodated by our flexible cells, but too much swelling can cause serious problems. 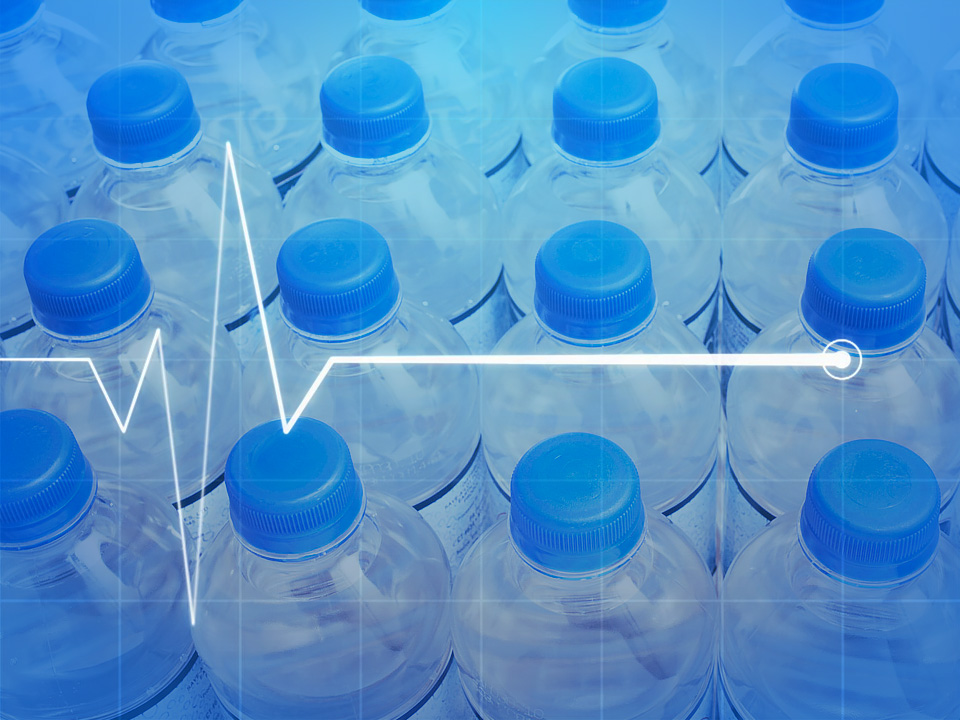 A little water never killed anyone, but too much of it certainly can.

Getting a big head

Normally our skulls prevent us from brain damage, but when our cells start to swell, our skull acts less like a permanent life-saving helmet, and more like a small prison for our brains.

As water content in the body increases, the brain literally swells in size. Quite quickly, the brain runs out of space and begins pressing against the inside of the skull. This increased pressure on the brain can ultimately be fatal if it isn’t reversed. And swelling of the brain can cut off the blood supply at the top of the spinal cord, leading to paralysis and brain death.

Death from water poisoning isn’t common, but there have been a number of well-documented tragic deaths resulting from it.

In 2005, a college freshman died from water poisoning after being forced to drink excessive amounts of water as part of a 20-year old hazing ritual in a Californian frat house.

Two years later, mother of three Jennifer Strange died from water poisoning after competing in a radio completion to ‘hold your wee for a Wii’. She entered to win the popular gaming console but died after drinking more than seven litres of water.

Many Australians may also be familiar with Anna’s story, the true story of 15- year old schoolgirl Anna Wood, who died from water poisoning whilst under the influence of ecstasy.

Luckily, fatal water poisoning occurs only rarely. When it does occur, there are often other factors which lead to the consumption of such a large quantity of water without it leaving the body via natural processes.

Imagine you were running a marathon, you would want to make sure you stayed hydrated, right? And so you should. But when the body is put under extreme physical stress, it increases production of anti-diuretic hormone, a chemical responsible for conserving water in the kidneys. This means less water will leave your body, and makes water poisoning more likely.

Taking ecstasy can also cause the body to lose its ability to regulate the amount of water in our systems. Famously, this is what killed schoolgirl Anna Wood, who started feeling sick after taking ecstasy at a party. Knowing the dangers of dehydration, Anna consumed large amounts of water, and was encouraged to continue drinking the sicker she became. Ultimately, it was the water, and not the drugs which killed her.

It turns out ecstacy-induced water poisoning is a relatively common phenomenon. Indeed, a paper published last year showed a high number of party-goers under the influence of ecstasy at an Amsterdam rave (where else!?) were suffering from mild water poisoning.

Evolution to the rescue

But fear not! It turns out poisoning yourself with water isn’t all that easy. A recent Melbourne study has shown our bodies have evolved to make it physiologically harder and harder to continue drinking once our bodies surpass our ideal water level. Just as we feel thirsty when we need to drink more water, this same thirst will go away once our bodies no longer need more water. In fact, keep drinking more and more and it will become physically harder to keep swallowing. So really the answer is simple: just listen to what your body is telling you!