Did your parents tell you to turn off the TV and go outside to play when you were a kid? Perhaps they threatened that you were going to end up needing glasses if you didn’t stop playing computer games. At the time, you probably could have argued with them that being shortsighted was genetic and staring at a screen for too long had nothing to do with wearing glasses. But it turns out your folks may have been right after all, although not quite for the reason they thought. 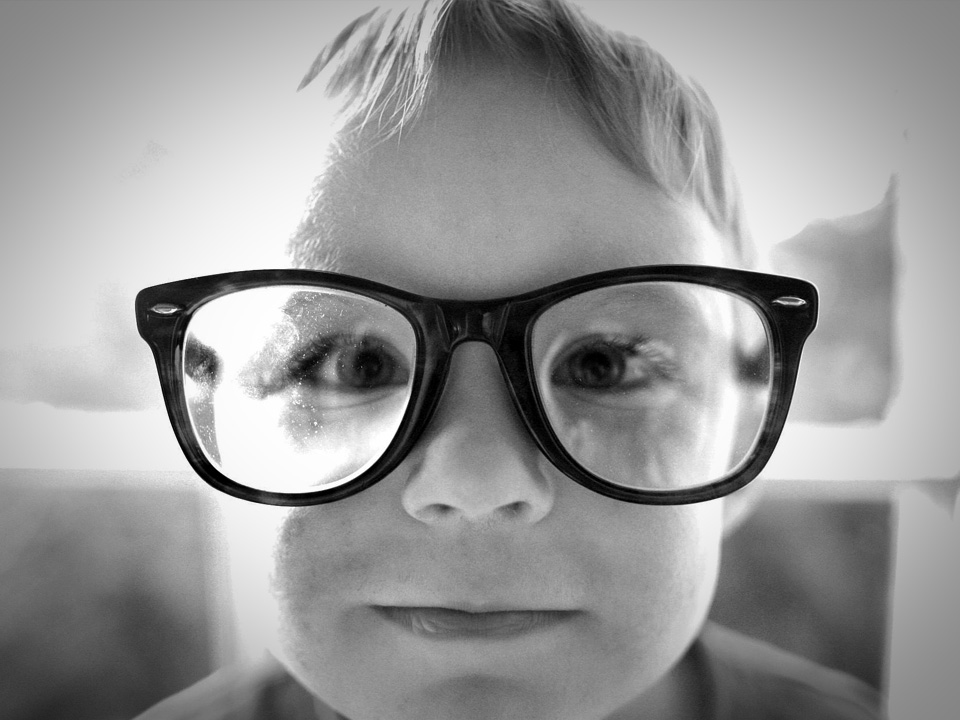 Myopia, or shortsightedness is when you can see things close to you clearly but objects in the distance appear blurry. It results from the eyeball being slightly elongated, meaning that instead of focusing right on the retina, light from far objects focuses just in front of the retina. Shortsightedness is often diagnosed in school-aged children because the eye grows throughout childhood.

Usually, myopia can be easily treated. Whether you wear glasses, contact lenses or brave laser surgery, in most cases being shortsighted isn’t a big deal. But high myopia, a severe form of the shortsightedness, can be much more serious. If you have high myopia, you are at greater risk of developing serious eye conditions like glaucoma, cataracts and detachment of the retina, all of which can lead to blindness.

Until about 50 years ago, we thought shortsightedness was purely genetic. Studies published in the 1960s showed myopia to be much more common among identical twins, compared with non-identical twins. And it’s true you are more likely to be shortsighted if one of your parents also has the condition.

But over the past few decades the number of shortsighted people around the world has increased so dramatically we know there has to be something else going on. Genetic patterns simply don’t change that fast.

Sixty years ago, only 10 to 20 percent of the Chinese population was shortsighted. But today up to 90 percent of all Chinese teenagers and young adults are myopic. The story is the same in other parts of Southeast Asia. In Seoul, an extraordinary 96.5% of 19-year old men are shortsighted. The same is true of  93% of 18-year old women in Taiwan. Scientists have found one-fifth of university-aged Southeast Asian people have high myopia that could result in blindness.

And it’s not just an Asian problem. Rates of shortsightedness in young adults in the United States and Europe have doubled in the last fifty years, and there’s no reason to think the situation is any different in Australia. Estimates are that by the end of this decade, 2.5 billion people — one-third of the world’s population — could be shortsighted.

If not genetics, then what?

German astronomer Johannes Kepler suggested around 400 years ago that spending too much time poring over books could cause blurry vision. And there is a strong correlation between the amount of time kids spend reading or being glued to phone, tablet and computer screens and the rise in myopia. It’s easy to imagine that spending too much time focusing on things right in front of your eyes wrecks your ability to see things in the distance.

It’s also easy to make a connection between the extremely high rates of myopia in Asia and the educational pressures and strong culture of long study hours (and also gaming) in Asian countries.

But actually, there is no evidence to support this myth. The leading theory as to why rates of shortsightedness are skyrocketing is even simpler.

Shining a light on shortsightedness

Professor Ian Morgan at the Australian National University (ANU) and others have proposed that the cause of myopia is, in fact, a lack of exposure to light. So it’s not just the fact kids are staring at screens that is the problem, but the fact they are spending their time indoors while doing it. Children who spend more time outdoors are less likely to be, or to become, myopic. And that’s true regardless of how much time they spend reading or whether their parents are shortsighted.

Animal experiments have supported the idea that being exposed to light is protective for our eyes. How could that work? Most likely because exposure to the sun stimulates production of the hormone dopamine, which blocks the elongation of the eye during growth.

To seek evidence for this theory, Morgan’s team worked with twelve primary schools in Guangzhou in China. Half of the schools continued with their normal schedule of outdoor play while kids at the other schools spent an extra 66 minutes per day playing outside. After three years, kids at the school spending more time outdoors had on average 23% lower rates of myopia.

Ian Morgan recommends children spend three hours per day under light levels of at least 10,000 lux, which is the amount of light you would get sitting beneath a shady tree on a bright summer day (and wearing sunglasses). For comparison, light levels in a well-lit schoolroom or office are usually under 500 lux.

Of course there are many other arguments as to why kids should spend more time outside. Journalist Richard Louv argues our kids are suffering on many levels because they no longer spend time outdoors and have lost their connection to nature. He created the term nature deficit disorder to describe the negative consequences of a childhood spent mostly indoors.

Maintaining good eyesight is just one more reason to turn off all the devices and send the kids outside.