The other day my seven-year-old told me a blatant lie. He wasn’t trying to hide the lie but instead immediately asked ‘did you notice the twinkle in my eye?’ Somewhere along the way he’d heard that twinkling eyes are a good indication of lying and he wanted to test me out. We’re all aware of certain gestures that are meant to clearly give away dishonesty. But it turns out although we may hear dozens of lies every day, we are incredibly bad at picking them. 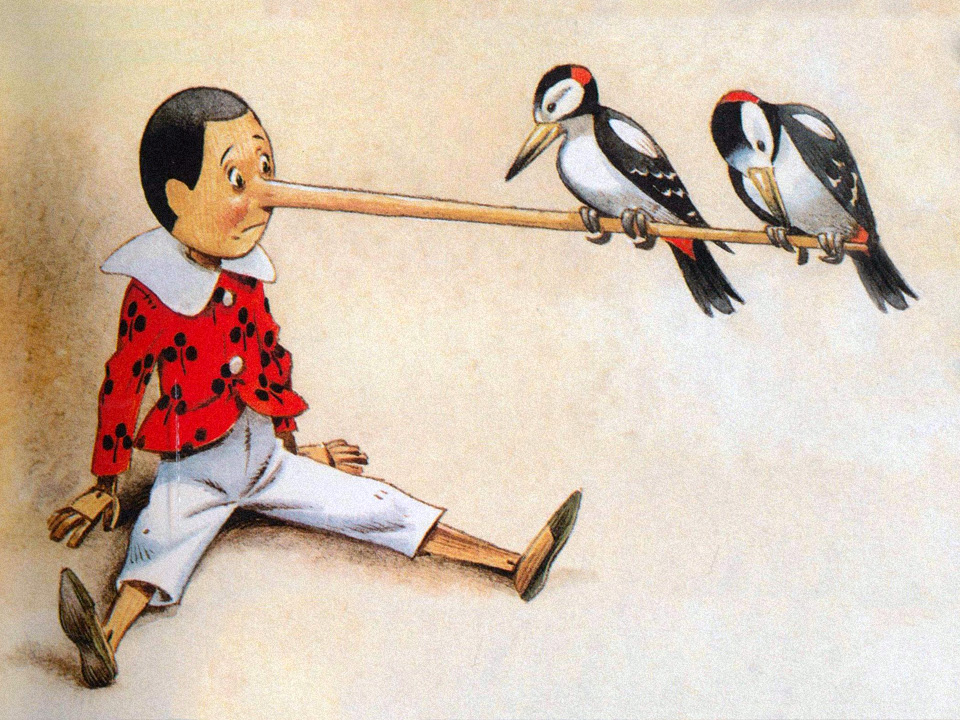 How can you tell if someone is lying? Image credit Janwillemsen via Flickr and Antonio Lupatelli.

Despite what you may like to think, we all lie. Those who swear they never lie probably do so more than the average. In the course of 10 minutes of conversation between two people who have just met, there will usually be two or three (and up to 12) lies. Think “it’s lovely to meet you”,…”your line of work sounds fascinating”,….. “I have to dash – I’m running late for an appointment.” Interestingly, men and women are equally likely to lie but men are more likely to lie to make themselves look better whereas women more often lie to make someone else feel better.

Can you spot a liar?

Contrary to what you may think, chances are you’re not great at picking a lie. In fact, after decades of research, Paul Eckman says we can only detect lies on average 52% of the time. We might as well flip a coin. In one of the most famous studies, police, judges and even members of the FBI performed no better than untrained members of the public when picking lies. Why do we get it so wrong? Because we’ve taken on board the wrong information about reliable indicators of lying.

The problem is that we think we’re looking for signs of stress. We assume someone who is lying is worried about getting caught. But many people are so confident at lying they have no fear of the lie being discovered. Other are simply extremely good at hiding nerves. Still others are also lying to themselves and show no signs of deliberate deception.

Instead of looking for signs of nervousness or stress, we actually should be looking for signs that someone is thinking hard. Fabricating lies and getting a new story straight takes extra brainpower. Particularly because the new story can’t contradict anything the listener could already know. While you may blink more often when you’re nervous, you probably blink less often when you’re thinking hard. Similarly, you probably fidget less when you are deeply concentrating.

All of a sudden it becomes obvious why we have tended to focus on the wrong signs. We aren’t looking for someone who fidgets in their seat, avoids eye contact or touches their face. Are there any red flags that might reliably alert us to a lie? There’s nothing foolproof, but pay close attention to the words a person uses and their tiny, fleeting facial expressions.

Liars tend to take longer to answer questions unless they’ve had time to plan their answers in which case they will start talking more quickly than someone telling the truth. And liars tend to say less overall: they provide fewer details than someone who is telling the truth does. Presumably because the less a person says, the less likely they are to mess up their own story. Liars also often repeat words – perhaps as a way of trying to sound more definite about the event they are describing. At the same time someone who is lying tends to speak more quietly the more they explain something.

People also tend to change the phrases and words they use when lying. For example, someone who is lying refers to themselves less, using words like I, me and my less often. This functions as way to distance themselves from their story. They also use more negative words like hate and sad, probably because at some level the liar feels guilty about it. Interestingly someone who is lying is also less likely to use the words except and but. It’s as though someone who is lying has more difficulty distinguishing between what they did or didn’t do.

Using these characteristics, there is now a computer program that can detect lies in a piece of writing with 67% accuracy- a substantial improvement on our 52%.

Paul Eckman’s research has shown that probably the most reliable way to improve your ability to pick a lie is to learn to read facial and body microexpressions. These are movements that last only about one-twentieth of a second and are almost impossible to consciously control. They happen when someone conceals a feeling, either deliberately or unconsciously.

A very fast wrinkling of the brow, a quick pursing of the lips or even a very tiny shrug are all strong suggestions of lying to someone who knows what they’re looking for.

Can’t picture what I mean? Watch Bill Clinton’s famous I did not have sexual relations with that woman speech after a short lesson from Paul Eckman and you’ll be right onto it.

Not that anyone thought for a moment Clinton was telling the truth anyway.