Can’t get enough of Pokémon Go? There’s no shortage of people glued to their screens desperate to catch a Snorlax or Vaporeon. At the same time, thousands of people are hooked on Wildlife Spotter: a National Science Week project that involves spotting real animals. Why is the search for these real and imaginary creatures so addictive? 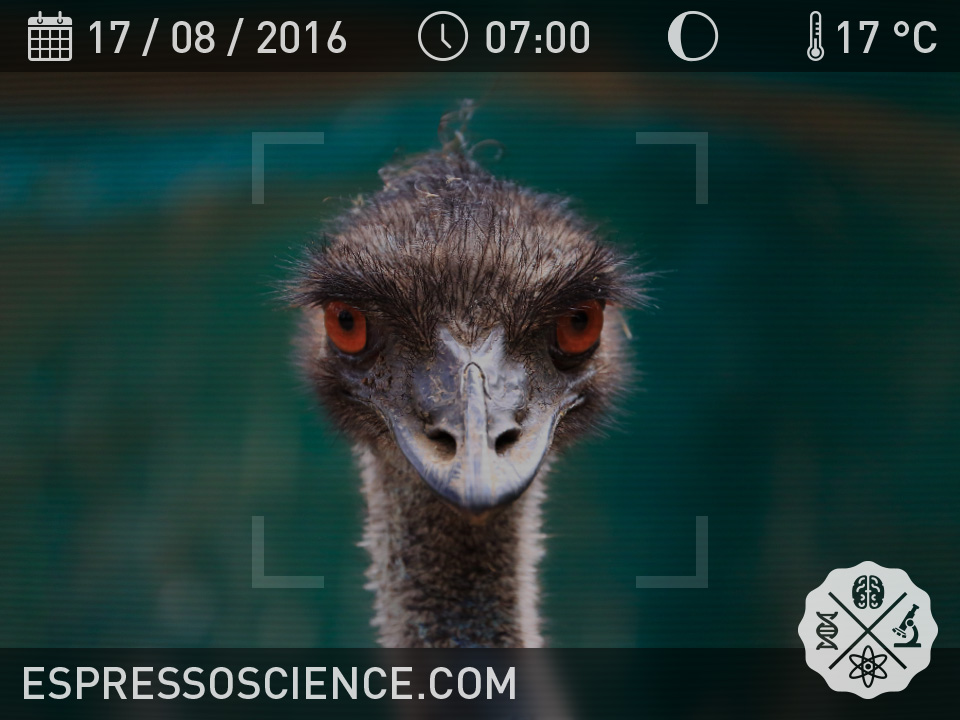 Thousands of citizen scientists are identifying animals from millions of images taken by automated cameras across Australia. But why is it so addictive? Image credit: Stebbing via Flickr

When you don’t know what you’re going to get

Back in the 1950s, psychologist B. F. Skinner made a fascinating discovery. Inside a Skinner Box, lab rats had learned to press a lever to get food. Rats that received the same amount of food each time they pressed the lever pressed it regularly in order to get their treat. But in a different experiment, things became less predictable for the rats. Despite pressing the same lever in the same way, sometimes the rats got a tiny treat and other times they got a big one. At other times, the rats got nothing at all. You might think these rats would get frustrated and give up. Quite the opposite: rats that couldn’t predict what treat they were going to get ended up pressing the lever obsessively.

Research ever since has shown rewards that are unpredictable, or variable, affect us profoundly. It’s the times we don’t know what we’re going to get that we seek out a reward most compulsively. If you think I’m talking about playing the pokies, that’s a good example. No one can never predict when, or how much they’re going to win. But someone wins just often enough to keep everyone coming back for more.

An unexpected reward has much more power in driving behavior than one that is regular. This has been known for a very long time.

Dopamine made me do it

Even if you’ve never put a coin in a slot machine, I’m guessing you’ve still experienced the power of variable rewards. Ever found yourself compulsively checking your email? Facebook? Twitter? It’s the same deal. Every time you refresh your inbox, there’s a chance you’ll find a new and exciting email. Every time you check, it’s possible someone – or lots of people – will have liked or commented on something you posted. But it’s very hard to predict which of your photos, posts or tweets will be the popular ones. You just never know. And that’s what keeps you checking again and again.

Our reward-seeking behaviour is driven largely by the chemical messenger dopamine. Dopamine has lots of functions in our brains, including playing a role in our perception of rewards. When we get a reward, dopamine systems in our brains are activated and as a result, dopamine motivates us to seek out more rewards. Dopamine is released in our brains in response to lots of pleasurable things like social contact, eating food and listening to music. Explaining our love of social media, research has shown that our dopamine system also activates when we share information about ourselves. Self-affirmation also appears to activate our brain’s reward pathways. Dopamine leads us to anticipate rewards and is particularly stimulated by the unpredictable rewards we’ve just been talking about.

What does all this have to do with spotting wildlife? I’ll explain shortly.

Wildlife Spotter is the ABC’s National Science Week Citizen Science Project for 2016. It asks the public to help scientists in their efforts to conserve Australia’s precious native animals. One of the exciting ways wildlife researchers can work out where particular animals occur is using camera traps. These are remotely-triggered cameras that are motion sensitive. So when an animal moves, the camera snaps a photo of it, day or night. Camera traps allow scientists to keep an eye on their research sites 24-hours a day for months, or even year at a time. This is particularly beneficial in a country the size of Australia where much of the wildlife we want to monitor lives in remote areas.

There are two downsides to this otherwise brilliant technology. One: the cameras are very sensitive, so even leaves swaying in a breeze can prompt the camera to snap an image. This means plenty of camera trap images don’t have any animals in them at all. Two: partly as a result of downside one, and also because of the long periods of time camera traps can operate, researchers end up with enormous numbers of camera trap images they need to look at.

This is where citizen scientists come in: members of the public who are keen to volunteer their time to assist scientists from around Australia who have contributed their camera trap images to Wildlife Spotter. Since Wildlife Spotter was launched just over two weeks ago, around 26,000 people have identified nearly 700,000 animals in 570,000 photos. These are some extremely impressive numbers.

Why has Wildlife Spotter captivated so many people? I think it’s because of the random nature of the reward. Camera traps give us a fascinating insight into a world we would otherwise never get to see: what animals do when we’re not around. But you never know what you’re going to get. With each new image that appears on your screen you may see a common animal like an emu or wombat. Or you may get to spot a rare and threatened animal like a bettong, malleefowl or bandicoot. But you may also see nothing more than some trees and grass. You just never know. And that’s what keeps you looking at a new photo again and again.

So if you’re a keen Pokémon Go player, how about switching your allegiance for a few hours (or days) and using your keen spotting skills to help conserve Australia’s wildlife? You might just find it even more rewarding.