If you believe everything you read, drinking red wine will prevent you getting cancer or heart disease, can treat diabetes, and will make you live longer. That’s right, according to some headlines, red wine is the elixir of life and a miracle cure-all. Is there any truth behind the hype? 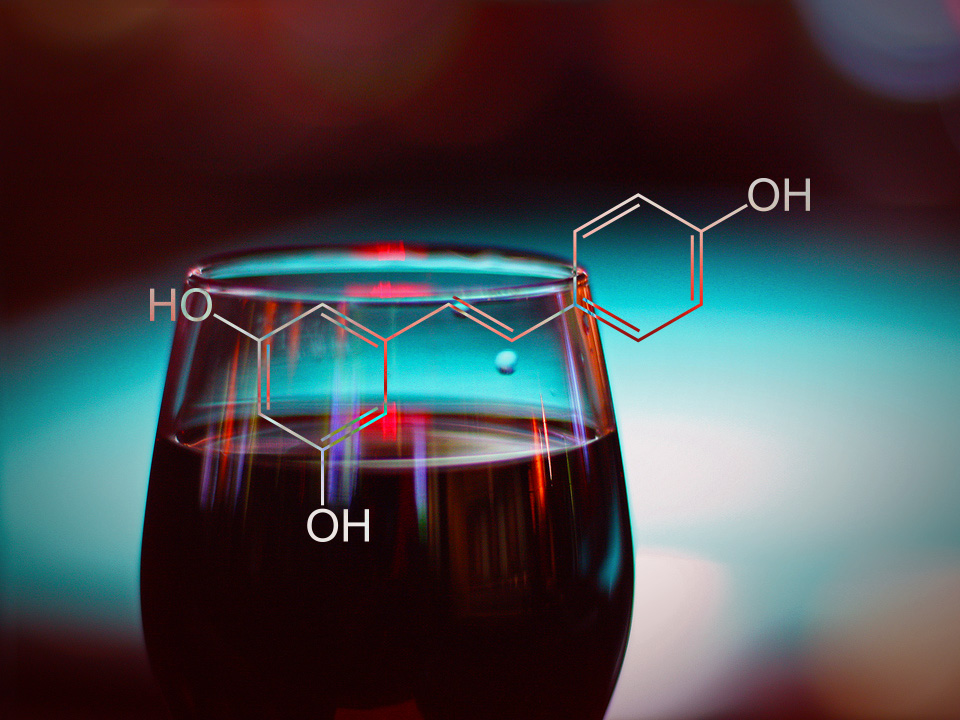 Fermented red grapes are a source of the powerful antioxidant known as resveratrol. But will another glass of merlot actually help you live longer? Image credit U.S. Department of Agriculture via Flickr

All the excitement about red wine is actually to do with resveratrol, a compound found in the skin of red grapes. Resveratrol is also found in other foods such as blueberries, cranberries, peanuts and cocoa (part of the reason you’ve been told chocolate is good for you). Some plants produce resveratrol when under stress: it’s part of a plant’s system of defence against diseases or fungal infections. Resveratrol is an antioxidant, which means it can help prevent damage to cells.

There have been literally thousands of studies published on the effects of resveratrol, dating back to the 1980s. Resveratrol first made big news in 2003 when scientists showed it extended the lifespan of yeast. The research suggested resveratrol ‘switched on’ a longevity gene in the yeast.

Since then researchers have shown – at least in mice – that resveratrol acts as an anti-inflammatory, prevents hypertension, may reduce the risk of bowel cancer, inhibits the growth of skin cancers, could be a promising treatment for diabetes, and inhibits a variety of viruses. Resveratrol has also been found to protect against noise-induced hearing loss and to be a successful treatment for acne.

There have also been studies on the effects of resveratrol in humans. One found high doses of resveratrol reduced the high hormone levels experienced by women suffering from polycystic ovarian syndrome. Another suggested resveratrol holds promise as a treatment for Alzheimer’s disease.

Following from the research in yeast, resveratrol has also been shown to increase the lifespan of other organisms, for example fruit flies, roundworms and fish. There was huge excitement in 2006 when research showed resveratrol improved the health and significantly increased the lifespan of mice.

It all sounds very promising, doesn’t it? Surely if even half of those benefits are real we should drink more red wine, just to be on the safe side.

But there’s a problem. A big problem. It turns out that to consume enough resveratrol to mimic these studies, you’d have to drink around two thousand bottles of red wine a day. Resveratrol is only present at trace levels in red wine. And given we know drinking alcohol can actually cause cancer and a host of other health problems, upping our alcohol intake even a little bit is not a good idea.

To better understand the effects of resveratrol, scientists looked at the health of a group of almost 800 Italian men and women aged over 65 who had a diet naturally high in resveratrol – as a result of their traditional Tuscan fare. The researchers measured the amount of resveratrol products in the participants’ urine (a more accurate measure than asking people to keep track of what they eat and drink). Then over nine years, the scientists looked at which people developed heart disease and cancer, and which people died. The researchers expected the healthiest people to have the highest levels of resveratrol. But that wasn’t the case. There was no relationship between resveratrol and health. It may simply not be possible to eat and drink enough resveratrol in a normal diet to gain the health effects researchers have found in mice.

Pop it in a pill

If it’s too hard to get enough resveratrol in food or wine, there’s an obvious answer: put loads of this magic ingredient into a pill. Unsurprisingly, I’m not the first to come up with this idea. A few years ago, annual sales of resveratrol supplements had already hit $30 million, just in the United States.

But again, it’s not so simple. Our livers break down most of the resveratrol taken in pill-form before it’s had the chance to do us any good: three-quarters of it ends up being flushed down the toilet.

There’s something else to worry about too. In a study of 65-year old men, those taking resveratrol supplements got less benefit from high-intensity exercise than those men taking a placebo. Results suggest resveratrol actually blocks the cardiovascular benefits of exercise. Not quite what the companies selling these supplements were hoping for.

It seems to me the jury is still out. Although Dr Oz has put red wine on his ‘Ultimate Anti-Ageing checklist’, I’m not convinced we’ve got evidence red wine is the answer to living longer.

Rather than stocking a cellar full of your favourite shiraz, your best shot at a long life may be far less decadent: eat more vegetables, eat less overall, spend a little over an hour a day exercising, get enough sleep and have a regular sleeping and waking schedule.

But even though it might not make you live longer, that’s no reason not to relax and enjoy a delicious red or two this Silly Season.