Making eye contact with someone is powerful: at the very least, it shows you’re listening attentively. But how long before holding someone’s gaze starts to feel uncomfortable? And why is it hard to maintain eye contact and think at the same time? 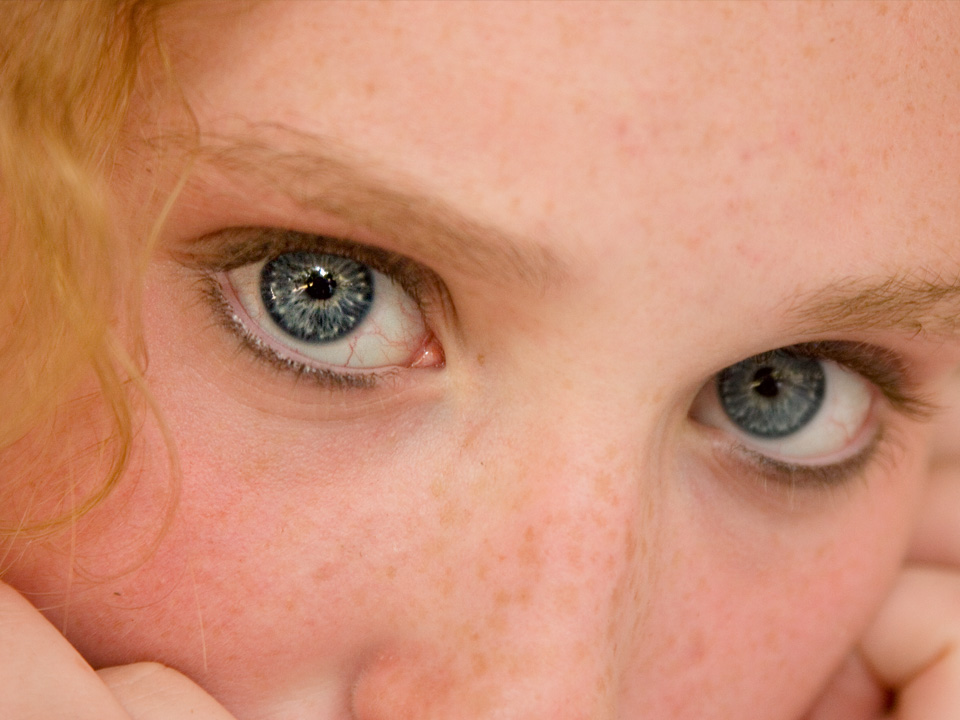 How long can you maintain eye contact before it gets awkward? Image credit Dan Langendorf via Flickr

Can’t take my eyes off you

From birth, we prefer looking at faces that look directly at us. And from a very early age, our brains respond more to a face looking into our eyes than one looking away. We’ve evolved to have eyes that make it extremely obvious which direction we are looking: no other primate has an exposed white area around the coloured iris like we do. And when we see a person, the eyes are the part of the body we look at first and for longest. Other than talking, eye contact is one of the most powerful forms of communication we have.

When someone makes frequent eye contact with you, you tend to judge that person as likeable, trustworthy, and having higher self-esteem than someone who makes less eye contact. In turn, as you maintain eye contact with someone, you become more attentive and stimulated. At the same time, your focus turns inwards, and you become more aware of yourself and more tuned into your own emotional reactions. Research has shown even images of eyes can influence us. A simple picture of eyes taped to a wall makes people less likely to steal, less likely to litter and pay more attention to recycling rules.

Making eye contact with someone makes us feel good: we feel connected. But you’ve probably also experienced the sensation of discomfort and vulnerability that comes with eye contact that goes on for too long. How long is too long? Researchers set out to answer this question last year by asking 500 volunteers to watch a video in which an actor looked directly at them for somewhere between one-tenth of a second and ten seconds. The volunteers pressed a button as soon as they felt the actor had looked at them for an uncomfortably long period. Equally, the study participants felt that too quick a glance indicated the actor was sneaky or suspicious. The average preferred length of eye contact was 3.3 seconds.

What happens if you maintain eye contact with someone well beyond what feels comfortable? People who sat in pairs and looked into each other’s eyes for 10 minutes in a dimly-lit room reported entering an altered state of consciousness (with no drugs involved). Half of them said they’d seen their own face in their partner’s face; three-quarters reported having seen a monster and 90% of the study participants said they’d seen their partner’s face look deformed. Perhaps there’s a good reason why we feel the urge to look away!

Have you ever noticed someone repeatedly breaking off eye contact with you during a conversation? As though they are finding it hard to look you in the eye and talk at the same time? Or perhaps you’ve found yourself needing to look away to think when someone asks you a difficult question? It can be awkward, especially if you are in the middle of an intense discussion.

Back in 1988, researchers showed the more our brains are working on a particular task, the more likely we are to look away from someone’s gaze. It isn’t because of embarrassment or shyness and looking away did allow people to perform better on memory and general knowledge tests.

Last year, researchers in Japan tested the effect further by asking volunteers to play word association games while looking at a computer-generated face. In some cases, the volunteers were asked to maintain eye contact with the face. At other times, the animated face was looking away. The researchers found it was harder for people to come up with appropriate words when making eye contact. And the less familiar the word a participant in the study was searching for, the harder it became for that person to keep their attention on the face. It seems maintaining eye contact is so mentally stimulating, our brains become overloaded when trying to think straight and hold someone’s gaze at the same time. If thinking clearly is the priority, we look away.

So next time you’re talking with someone and they look away, don’t assume it means they’re bored. Just the opposite: it may well be a sign that your conversation is so interesting their brain is working overtime.