Are you good with faces? Would you be able to recognise someone you’ve only met once before? Some of us are better at remembering faces than others. But most of us take for granted being able to recognise our family and friends. What if you couldn’t? 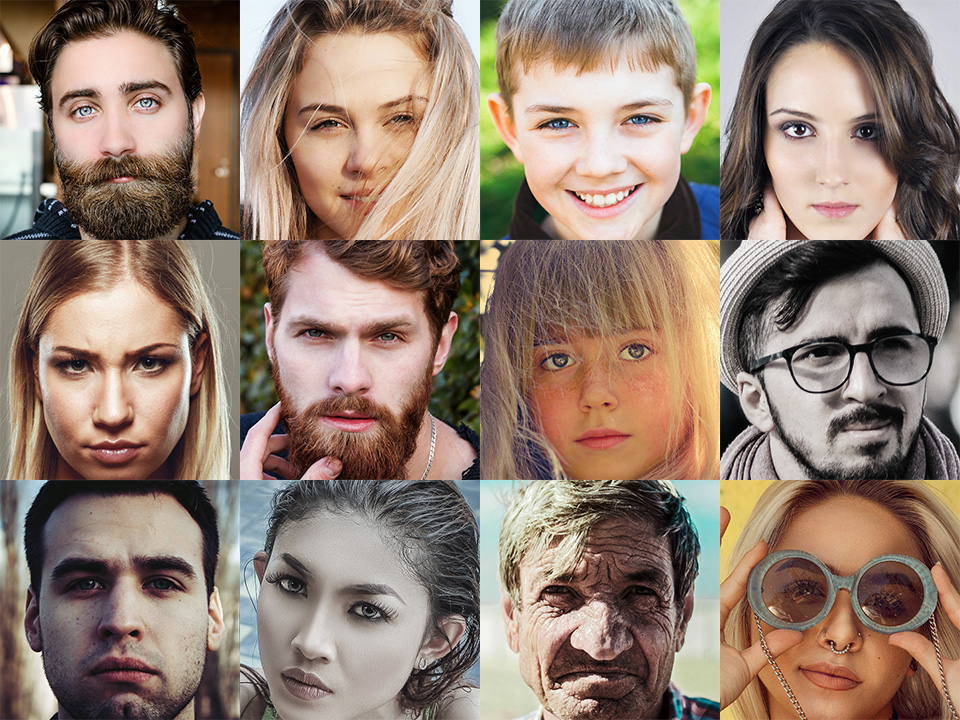 Being able to recognise my partner, kids and parents is something I completely take for granted. But for one in fifty people, it’s by no means a given. That’s how many people suffer from face-blindness, or prosopagnosia. A person suffering face-blindness usually has good vision and can identify the expressions on another person’s face. But a face-blind person simply can’t deduce identity from a face.

I often fail to recognise my children or even my wife … I have failed to acknowledge friends … As a young man I ignored girls whom I had met the night before – not a good mating strategy. – Dr David Fine

For many, face-blindness means not being able to follow the plot of a movie. Keeping up with the storyline is a big ask if you can’t work out which character is which. But for some, face-blindness has more debilitating effects. It often goes hand-in-hand with social anxiety and depression. Face-blindness can cause a range of difficulties in day-to-day life: everything from regularly snubbing friends to not recognising your own child standing beside you. Some face-blind people even have trouble recognising themselves.

When everyone looks the same

In some cases, face blindness is the result of a brain injury like stroke. Damage to regions of the brain involved in processing faces (specialised areas in the occipital and temporal lobes) can destroy someone’s ability to recognise faces. But other people have had the condition as long as they can remember and it wasn’t the result of an injury. There’s some evidence face-blindness runs in families, suggesting it could have a genetic basis.

We are born with a fascination for faces, but scientists have shown we also need practice in recognising the differences between faces. Babies born with cataracts have difficulty recognising faces later in life, even if the cataracts were removed at the age of two months. Children who grow up in orphanages often have difficulty in recognising new faces for their whole lives. The fact practice improves our ability to know faces may explain why we tend to be better at picking up differences between faces of people of our own race as compared to people of a different race. We may not have been exposed to enough other-race faces during the crucial learning period.

What’s in a face?

Research shows face-blind people take in information about faces quite differently to other people. For example, they focus on individual parts of the face rather than the face as a whole. They also tend to look more at parts of the face that don’t help much in telling faces apart. This might be the hairline or ear shape – rather than the eyes, nose or mouth, which are much more informative. One face-blindness sufferer suggests a good way to step into his shoes is to imagine going through your day seeing only the back of peoples’ hands. Could you recognise your colleagues and loved ones if that was all you got to see?

People with face-blindness become very good at recognising people by other features. A person’s voice, posture, hair colour, gait, glasses and jewellery can all help. And context is essential: you expect to see your colleagues at work. This is why chance meetings in unexpected places are so difficult for face-blind people.

Can we fix it?

There’s no cure for face-blindness. But training has gone some way to help people improve their ability to recognise and remember faces. If you think you may suffer from face-blindness, get in contact with researchers. The more people who are properly diagnosed and take part in research, the more likely there’ll be effective treatment.

And if you have a friend or colleague who avoids eye contact, has ignored you on the train or acted like he’s never seen you before at a party, don’t be too quick to judge. Could you recognise him if all you saw was the back of his hand?