“Something happens to you out there” said Apollo 14 pilot Edgar Mitchell. “We went to the moon as technicians; we returned as humanitarians”. Astronauts who have seen the Earth from space come back describing a major shift in how they see the world and their place in it. Is there any way for the rest of us to experience the same transformation? 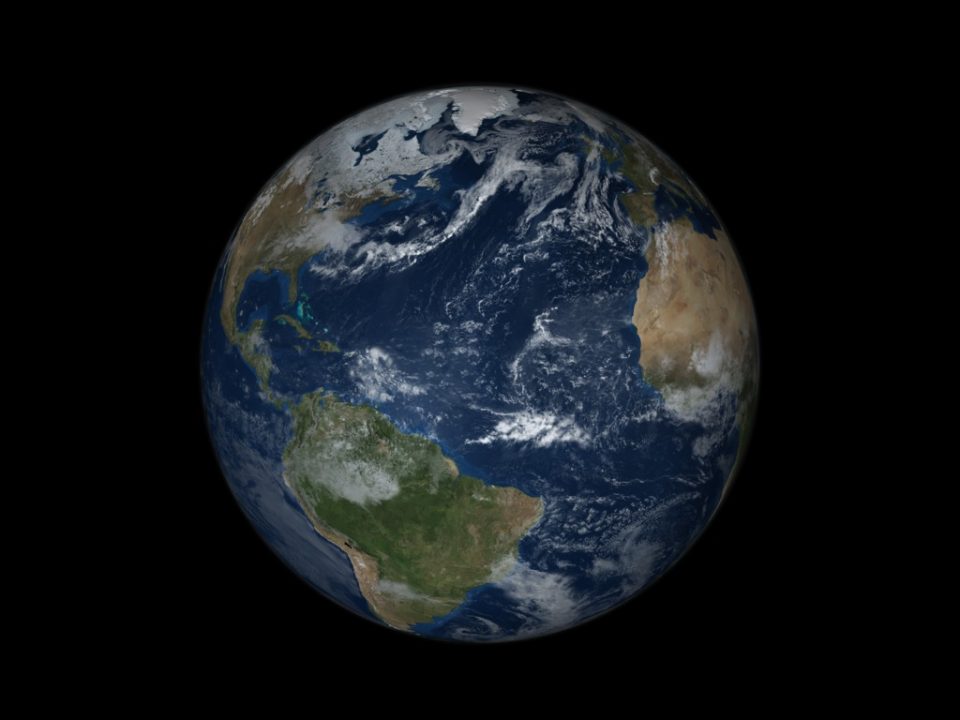 How we look from a distance. Image credit NASA.

Exactly 28 years ago today, the Voyager 1 Spacecraft took an image that changed our view of ourselves. The image (taken at Carl Sagan’s request) showed the Earth from beyond Neptune: a distance of 6.4 billion kilometres. From that vantage point, our planet is nothing more than a tiny pale blue dot.

Later, Sagan wrote “That’s here. That’s home. That’s us. Everyone you love, everyone you know, everyone you ever heard of, every human being who ever was, lived out their lives …… on a mote of dust suspended in a sunbeam.”

We’ve all seen striking pictures of the Earth taken from space. The beautiful blue and green ball looks so familiar. But it’s also nothing like the day-to-day view we get from the surface. Footage taken from the International Space Station showing lightning storms and the northern lights are mesmerising. But how would it feel to see Earth from such a distance with your own eyes? Many astronauts describe it as one of the most meaningful moments of their lives.

When Yuri Gagarin returned to Earth after becoming the first human in space, he wrote “Circling the Earth in my orbital spaceship, I marvelled at the beauty of our planet. People of the world, let us safeguard and enhance this beauty – not destroy it”.

In 1987, philosopher Frank White coined the term The Overview Effect for the shared feelings of awe and wonder these astronauts describe. Researchers are fascinated by the Overview Effect because people much more commonly describe spiritual epiphanies in religious, not scientific contexts.

The Overview Effect is also extremely consistent. Researchers analysed comments from many of the astronauts who have viewed Earth from outside our atmosphere. When astronauts describe how it feels to gaze back at Earth floating in space, there are three common features. They feel an appreciation of beauty, an unexpected and sometimes overwhelming emotion and an increased sense of connectedness to Earth and its people.

Words like unity, rapture, euphoria, compassion, transcendence, fragility, wonder and awe all feature in astronauts’ descriptions. Given that the Overview Effect is a positive experience that already happens in spaceflight, researchers want to understand how to harness it for astronauts in the future who may spend extended periods in space.

It all sounds rather wonderful, gaining this life-changing perspective. And humans experiencing a greater sense of connectedness with each other and nature could only be a good thing given what we’re doing to our planet. And each other. A number of astronauts have suggested world leaders need to travel into space to get some perspective on what they’re making decisions about.

But the reality is only around 550 people out of a population of 7.6 billion have ever travelled into space. Even with the promise of space tourism, this number is hardly going to change dramatically.

One possibility is to use virtual reality to enable people on Earth to experience the Overview Effect. But research suggests there may be another way for earth-bound humans to experience a similar effect. The answer is awe.

Awe is the sensation of being in the presence of something beyond our understanding of the world. And it turns out if you can inspire someone to feel awe, their behaviour changes.

Another study found that when people felt awe, they made more ethical decisions and were more generous. After spending time in a grove of tall trees, study volunteers felt less entitled and self-important. Whether it be from looking at images of space or immersing ourselves in nature, many studies have shown experiencing awe is powerful.

How can you go about finding awe? In the words of psychology professor Dacher Keltner, go and seek out experiences that give you goosebumps.